Carnitas is by far one of my favorite meats to get at a Mexican restaurant. Since being on Whole 30, it is difficult for me to eat out because of the hidden non-complaint items at most restaurants. My solution, of course, is to just cook at home. Here is how I make mine. 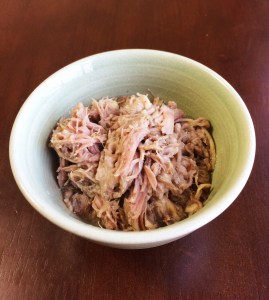 I love this recipe because, like most slow cooker recipes, it is quick to put together and it makes your house smell delicious. Plus, it’s one of those things that you can throw together in the morning before work and come home to and enjoy when the day is over. Once you make a batch you can use it in a variety of ways. I’ve eaten it over cauliflower rice, in lettuce boats, or on top of sweet potatoes and eggs. One of my personal favorite ways to eat carnitas is to pair it with tostones (fried plantains), guacamole, and salsa. In my opinion these additional recipes make the ultimate delicious meal. 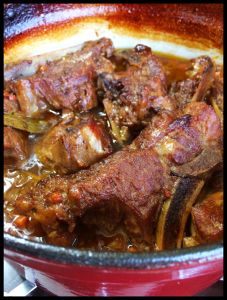 Braising is a new love for me but I’ve really been enjoying it, especially in this colder weather. It doesn’t take much time to put everything together and it makes your house smell amazing. Plus, whatever you are braising comes out tender and flavorful. Recently, I found some good quality country style pork ribs and came up with this delicious recipe.

Kitchen equipment need:
3.5 quart enamel coated Dutch oven with lid- I have this one and love it.
Stick blender or blender- to make gravy 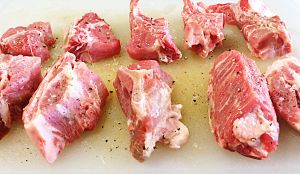 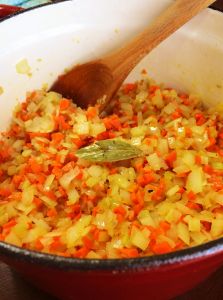 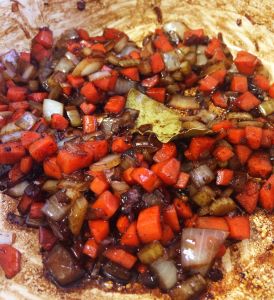 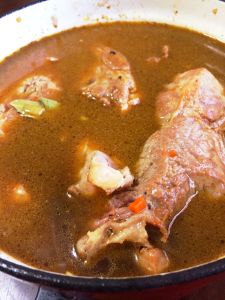 I served my ribs with gravy and some simple mashed potatoes. It’s a filling and delicious way to keep warm this winter. 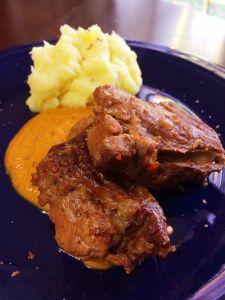 There is not much to say about butter chicken except for it is amazing! For this recipe I took a more traditional butter chicken recipe and then I adjusted everything to fit with Whole 30. I found the original recipe by doing a Google search and came up with this one. 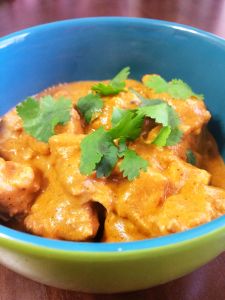 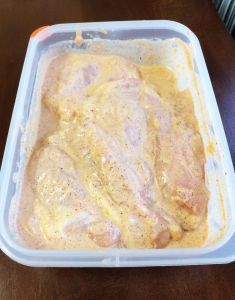 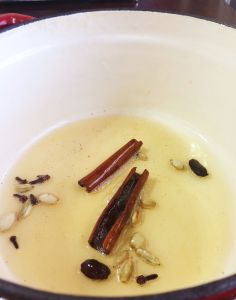 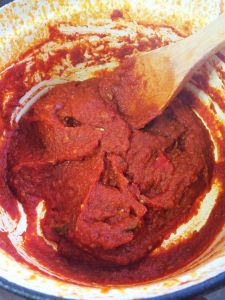 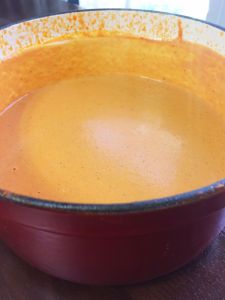 January Whole 30 went really well! Since I’ve done a couple of rounds already I knew that I would be feeling amazing. This time around I weighed myself and took measurements at the beginning of day one. I am not entirely certain why I did not take better measurements during my previous rounds. Probably because I wasn’t confident that there would be a change or that I didn’t want to “put myself out there”. I’ve tried so many different diets in the past where I’ve gotten mixed results. I’ve been trying to stay away from the scale as much as possible but after many years of weighing myself daily it has been difficult. Every 30 days I’ll be weighing in and retaking  my measurements. I measured my chest, bust, waist, hips, thighs, calves, and upper arms. Here are my 30 day results- day 7 on the left side and day 31 on the right side. 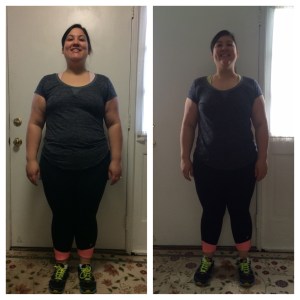 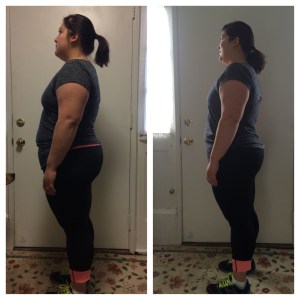 I’m very pleased with the results! Originally I thought the before pictures were taken on day three but when I uploaded it I discovered that it was actually from day seven. By day seven I had already started noticing a difference in how my clothes were fitting.  I took some terrible selfies the day before we started but I couldn’t match the angles. I had my husband take these pictures. He has continued to take pictures of me every few days and will continue to do so throughout all 100 days. I know the pictures might be taken at slightly different angles and with different lighting but I still think the differences are noticeable. In addition to my weight and measurements changes, I’ve noticed that I have been sleeping better, my skin is clearer, my dandruff is non-existent, and I’m feeling way more happy and confident. This picture is from day 17. I fit into a a pair of pants that I haven’t fit into in at least 3 years. That is definitely what they call and non-sale victory! 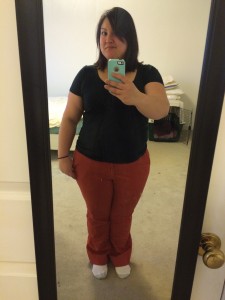 During the previous rounds of whole 30, I really focused on cooking and eating and did not do much exercise. During this Whole 100, I’ve been doing yoga three times a week, couch to 5k program three times a week, &  I take an additional strength training class 1-2 times per week. Plus, I’ve been drinking 1 gallon of water daily since January 5th.

My plans for the next 30 days include continuing my training sessions as listed above, continue drinking 1 gallon of water per day, & doing “meatless Mondays” every Monday in February. I’ll be updating my progress again in another 30 days.